Pro Kabaddi League has given a boost to the kabaddi fan following in India. One of the most exciting games in the world, it is finally getting the attention it deserves. Spearheading this new era in kabaddi are some extremely talented youngsters. PKL has given a platform to these champions in the making and helped them secure places in the Indian team as well as our hearts. One very prominent name in this list is Surender Nada.

His lethal defense combination with Mohit Chillar is enough to make the opponents shiver! A renowned member of the Indian team and newly signed on Patna Pirate, let us explore some interesting facts about Surender Nada.

Surender Nada was born and brought up in Jhajjar, Haryana. He did his schooling from Adarsh Sr. Sec. School in Lohari, Jhajjar. 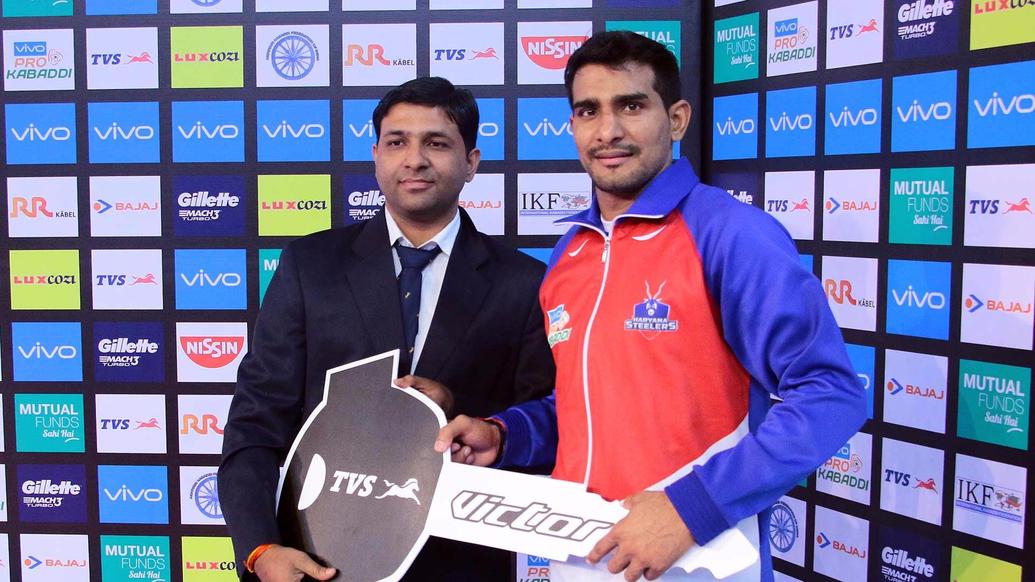 Surender Nada was a part of the 2016 Kabaddi World Cup winning team. He and Mohit Chillar have become the team’s go-to defence men. Their left right combination has become a hit. Nada also represented the country at the Asian Kabaddi Championship in 2017. His contribution to India’s Dubai Kabaddi Masters victory was also noteworthy.

Nada is known for his powerful signature move- the ankle hold. He uses tremendous amount of strength and grip to tightly grasp the opponent’s ankle making him completely vulnerable.

Nada began his Pro Kabaddi career with the team U Mumba. After playing for them for three years, he was signed by the Bengaluru Bulls in the fourth one.

He was signed by Haryana Steelers in season 5 and became their captain. After two successful years with the team, he was bought for a stunning INR 77 lakh by Patna Pirates in 2019.

In an exclusive interview with Sportskeeda, he spoke about Mohit Chillar and their chemistry,

I’m very happy that Mohit and I are in the same team. We had spoken to each other before the auction and were hoping that we would get a chance to be together once again. I thank God that we will play together in the PKL once again.

We have a set combination and our communication on the mat is very strong. We know each other’s game inside out and this way, we can cover for each other during the match and bring points to our team.

Conclusion: Surender Nada is one of India’s Best Defenders

Surender has become an integral part of the Indian National Kabaddi team. His exploits in the Pro Kabaddi League have also earned him numerous admirers. This is just the beginning and Nada has a very long and successful career ahead of him. Wishing him all the very best!