One question to all our readers: If you have to choose one batsman, who has to bat to save your life? Which name comes first? The most probable answer will be, Rahul Dravid, The Mr. Dependable of Indian Cricket. With a world-class defence, and an excellent stroke-play, the Karnataka batsman is arguably one of the best of his generation. His ability to face the ball was so strong that Rahul was famously known as the Wall of Indian cricket. ( In fact, he has faced the highest number of 31258 balls (in tests) and has the unique distinction of never going out for a Golden Duck.) For those who grew up in the 1990s, watching him bat was an absolute delight.

Dravid’s most memorable knock came in the ‘Final Frontier’ test match against Australia at the Eden Gardens. He scored 180 to inspire India to the first-ever victory following a follow-up, making them only the second team to ever win in the fashion. Rahul is the only test player to have scored a century against all the 10 test playing nations. He is the fourth highest Test cricket scorer.

With his prolific run-scoring on the field and his understated, modest and humble personality off the field, Rahul Dravid is more than a legend. He is the real proponent of the ‘Gentleman’s Game’. His genuine smile and stylish shots can are irreplicable. Here is story of the Great Wall of India – Rahul Dravid. 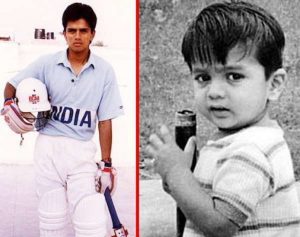 Rahul at his early life

On January 11, 1973 Maharashtrian parents Sharad Dravid and Pushpa Dravid in Indore, Madhya Pradesh were blessed with a baby boy. His father Kissan’s employee while his mother Pushpa was a professor of architecture at the Bangalore University. Rahul Dravid studied at St Joseph’s Boys’ High School in Bengaluru. He completed his graduation in Commerce from St. Joseph’s College of Commerce, Bengaluru. 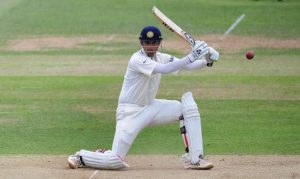 Rahul’s father Sharad was a cricket fan and used to take his two sons to watch cricket matches. That is where Rahul started bringing interest of playing cricket. At the age of 12, Dravid started his cricketing career.

At just 15 he represented the Karnataka state team. He was a regular starter for Karnataka at under-17 and under-19 level. Dravid was spotted by the former cricketer Keki Tarapore while he was coaching at a summer camp in the Chinnaswamy Stadium.

This is where the real life of the shining star was blooming. From here, Dravid never looked back and his love for cricket turned into passion. 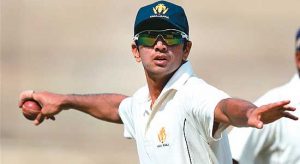 Rahul made his debut in the Ranji Trophy in 1991 where he made 82 against Maharashtra. He made his first ton in the Ranji Trophy against Bengal and as a result, he was selected in the South Zone team for Duleep Trophy. Dravid grabbed attention of selectors when he played for India A against England A in 1994–95. 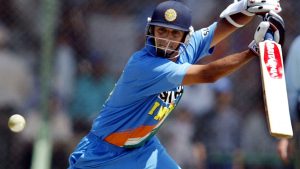 The domestic performance of Dravid forced Indian officials to select him in the international team. He made his debut in ODIs against Sri Lanka in April 1996. In the same year, Dravid made his debut against England in white jersey. His average was 62.33.

In 2003 World Cup, he was deputy to Sourav Ganguly. In the same season, the performance of Dravid was excellent where he made three double centuries against Pakistan, New Zealand and Australia. Who can ever forget his innings and long run partnership with VVS Laxman in Australia? Throughout his career, he was extraordinary in Test but he impressed the world in a shorter format too. 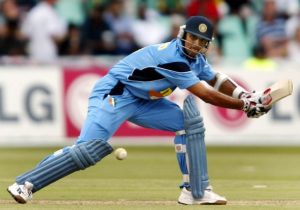 Dravid was top scorer in the 1999 World Cup (1999), bagging 461 runs. He is the only Indian batsmen to hit two back to back tons at the World Cup. He was Vice Captain during 2003 World cup where India reached the. Dravid was the captain during the 2007 cricket world cup in West Indies, where Indian cricket team had a poor campaign. 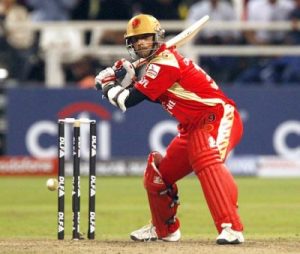 Who said, Rahul Dravid couldn’t impressed in a shorter format of the game? He was the icon player of the Royal Challengers Bangalore (RCB) franchisee of Bengaluru. Do you remember? He was the highest run scorer for the club in 2008 IPL . Later he played for the Rajasthan Royals. Dravid played total 89 games in the IPL and scored 2174 runs with an average of 28.23 and strike rate of 115.52. He has scored 11 half centuries in the IPL.

The Guru nurturing the young guns of our country

Dravid announced his retirement from ODI cricket in 2011 and played his last game in January 2012 against Australia. Though he retired, his bond with cricket is still not lost. After retirement he became the coach of the India U-19 and India A teams. He not only gave the training to the young guns but also polished them. Players like Rishabh Pant, Shreyas Iyer, Sanju Samson, Prithvi Shaw, Shubhman Gill are some of the ‘shishyas’ of this ‘Maha Guru’. The under 19 cricket team who won the World Cup last year was mentored by Rahul Dravid. Before coaching, he was seen as a commentator at various cricketing events. 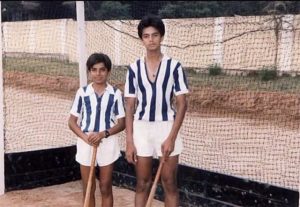 Dravid continues to be a big part in the BCCI. He coaches India A as well as India U-19 team. According to reports, his net worth is $14.3 million. He has been appointed by BCCI at the fees of Rs 2.62 crore a year. Dravid owns multiple brands of automobile namely Mercedes Benz, BMW and Hyundai. Walls of Wall are of made of Rs 4.2 crore. He resides in a house located at Indira Nagar, Bengaluru. He was brand ambassador for recently concluded Lok Sabha elections in India. 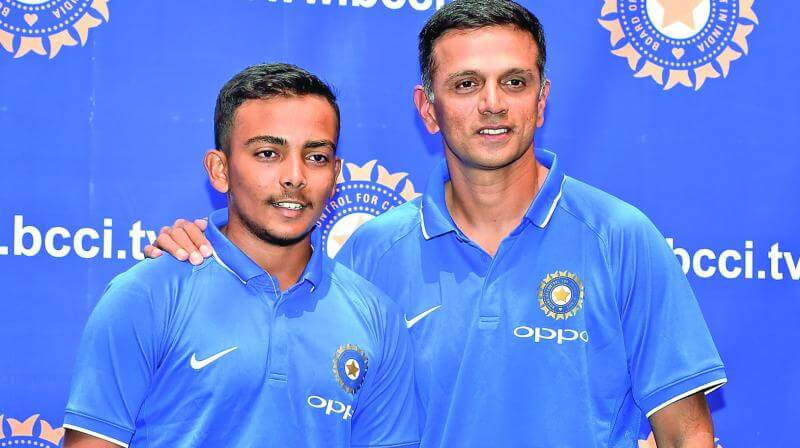 Man of the Match Awards

More than a game 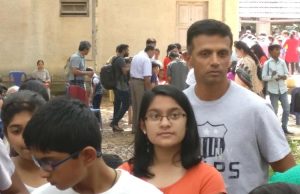 Dravid Stands In Queue With Kids At A Science Fair

Dravid is globally acknowledged as one of the finest and most respected ambassadors of cricket. He is an ornament to Indian cricket! Rahul Dravid, fondly known as Jammy was India’s saviour in the dressing room as much he was the rescuer out in the middle — a archetypal team man. Such diamond is rare to find in the future. 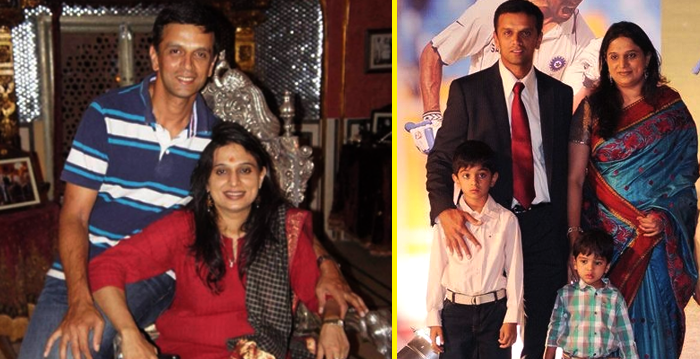 Rahul Dravid was born on 11 January 1973, to Sharad Dravid and Pushpa Dravid. Although was born in Madhya Pradesh, Rahul’s family later shifted to Bangalore, where he did his schooling and graduation.

Rahul is married to Vijeta Pendharkar in 2003. Vijeta is a doctor by profession. Both their fathers knew each other for over 35 years. They became friends and over the years it grew strong. Their parents later fixed their marriage in Nagpur, the hometown of Pendharkar.

“When you fail, you tend to brush a lot of things under the carpet. You try to blame others, find an excuse. But it’s a really good opportunity to learn about yourself. I looked at it (failure) as an opportunity. So you need to fail well.”

“If I had been dropped… I would still be playing first-class cricket. Not in the intention of trying to make a comeback… but because I still wanted to just play the game.”