One of the most talented, yet underrated cricketers of our time, Gautam Gambhir bid adieu to the game in December 2018. A prolific cricketer, Gambhir started his career with a bang and displayed immense potential, right from the beginning.

Gambhir may not have unattainable records like Sachin Tendulkar and Virat Kohli, but he sure has memorable performances. His World Cup knocks will be discussed by generations and will always hold a special place in Indian fans. Today, let us know the peep into Gautam Gambhir’s biography and take a journey through his life – inside-out.

How It All Began for Gambhir

Cricket became an integral part of Gautam Gambhir’s life when he was in school. He was around ten years old when he first picked up the bat. He soon realized how much he loved the game and decided to pursue professional training. Gambhir joined the National Cricket Academy in Bengaluru in 2000 and his cricketing career set off in the right direction. 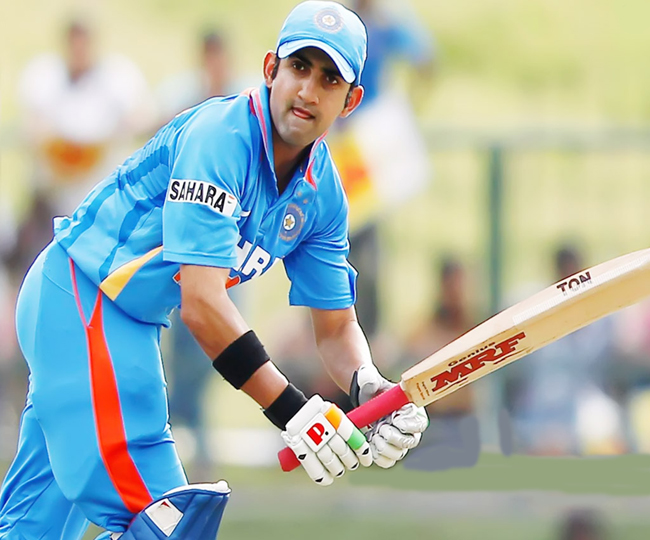 Gautam Gambhir scored more than 10,000 international runs in his spectacular career. He will always be remembered for scripting world cup victories for the Indian team in 2007 as well as 2011.

As a left-handed opening batsman as well as the captain of the Delhi Daredevils team in the Indian Premier League, Gambhir has had some classic knocks. Gambhir has 4,154 runs in Test cricket, 5,238 runs in ODIs, and 932 in Twenty20 Internationals.

Gambhir made his Test cricket debut in 2004 against Australia. His first century came against Bangladesh. The next year was a very successful period of his cricketing career. He scored one century after another. Gambhir’s performance in Test cricket dipped after the year 2010.

Gambhir’s ODI career started peaking after 2007. He was in top form during the World Cup and played crucial knocks. His top score of 97 in the final was the cherry on the cake! 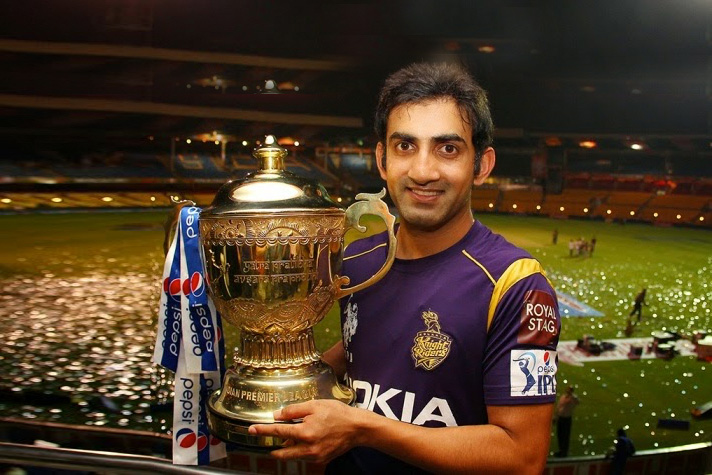 In the first edition of the Indian Premier League, Gambhir was signed on by the Delhi Daredevils for US$725,000 a year. In the year 2010, he captained the side. He had a terrific run in the tournament and became the only player from Delhi Daredevils to score more than 1000 runs in the series.

The following year, he was picked up by the Kolkata Knight Riders for US$2.4 million. With this record-breaking price, he became the highest paid cricketer in the history of IPL. Gambhir led the team to their first tournament title in 2012.

Another title followed in the year 2014. Kolkata Knight Riders performed well consistently in the next few years as well. The team reached playoffs in 2016 and 2017 as well.

Gambhir’s IPL circle came a full circle in 2018 as he was signed by the Delhi Daredevils again. However, this time the team couldn’t perform well and Gambhir decided to step down from the captainship.

Both Virat Kohli and Gautam Gambhir are Delhi lads and have been playing together in various teams through years. The similarity doesn’t end here. Both are known for extreme passion for the game as well as temper. This has resulted in some spats between the two. The first one took place during an IPL match in 2013. Another similar incident followed in 2015.

In 2016, when Gambhir was snubbed during a test series against New Zealand, he tweeted an indirect message to captain Kohli.

Both players have dismissed all incidences as on-field in-the-heat moments.

Gambhir has time and again cleared that there was never any bad blood between him and MS Dhoni. However, his omission from the 2015 World Cup team, hurt him a lot. Gambhir was a key player for team India in the 2011 World Cup win. Hence, it was shocking that he never got another chance to represent his country at the highest pedestal.

“Some players who played with me got the opportunity to play in 2-3 World Cups. While I got to live that feeling only once, I am happy that the experience ended with the team winning the title. When someone plays a key role in helping the team earn the title, he should be given an opportunity to defend it too. It’s sad that I couldn’t be a part of the 2015 World Cup,” he told NBT in an exclusive interview.

Gautam Gambhir had criticised the captaincy decisions taken by Mahendra Singh Dhoni during the 2012 CB series. It was a forgettable tour for the Indian team as they had been blanked in 4-match Test series and then did not have an entirely convincing tri-series which followed.

The Indian team had three openers in Gautam Gambhir, Virender Sehwag, and Sachin Tendulkar in the side and the captain made it clear that he could only play two players in the side in order to give more opportunities to the youngsters before the 2015 World Cup, a decision which did not sit well with Gambhir.

“In the 2012 Tri-series in Australia, Dhoni declared that he can’t play all three (Gambhir, Sachin and Sehwag) of us together as he was looking ahead at the 2015 World Cup. It was a massive shock, I think it would have been a massive shock for any cricketer. I have not heard anyone is told in 2012 that they would never be a part of the 2015 World Cup. I always had the impression that if you keep scoring runs, age is a just a number,” Gambhir told India Today.

In December 2018, Gautam Gambhir declared retirement from all forms of cricket. Through a short and sweet message to the entire world through social media, the world cup hero bid adieu to the game.

[Tweet ““After more than 15 years of cricket for my country I want to retire from playing this beautiful game. Despite all the aches and pains; fears and failures, I won’t mind a repeat of this in my next life too. But obviously, with a few more wins for India, a few more hundreds and in the next life may be a few five-wicket hauls as well.””]

A Career in Politics?

Gambhir has always been proactive in vocalizing his anguish about parties in power. He has time and again brought several issues into the limelight through twitter. Rumours are rife that Gambhir is looking forward to a career in politics now. Gambhir has denied the reports.

Gautam Gambhir was born in an upper-middle-class Punjabi family. His father, Aazeen Gambhir is a textile businessman and his mother, Anaiza Gambhir is a homemaker. Gambhir has one younger sister, Ekta. The family is based in Delhi. 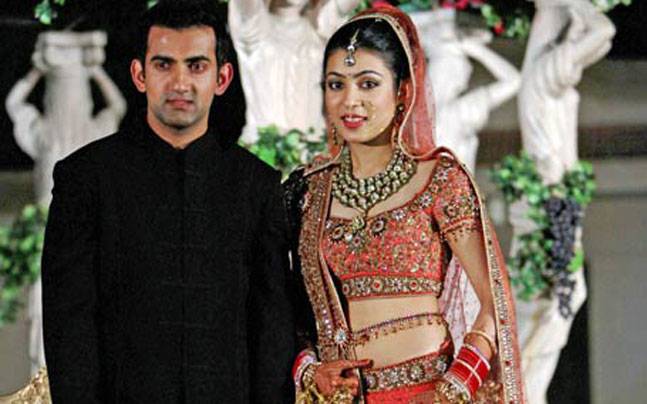 Gautam Gambhir and Natasha Jain were family friends for quite some time. Soon, they fell in love and got married in October 2011. The couple had a traditional Punjabi wedding. Natasha was attracted to Gambhir’s easy-going nature and she ensures that he stays grounded as he is. The lovely couple is blessed with two angelic daughters.

Gautam Gambhir’s net worth is around 100 crore rupees. His last salary in IPL was 2.8 crore rupees. Gambhir has an interesting car collection that includes a BMW Gran Turismo.

He is the only Indian cricketer to score centuries in five consecutive Test matches. There are only three other international cricketers who have achieved this feat.