It’s 2012 and the year the world is supposed to end! But instead of the ‘doomsday’, the name of a young ‘lanky lad’ is doing the rounds of the Indian badminton circuit. And why not? After all, this 18-year-old kid had just defeated World No. 31 Ajay Jayaram in the third round of the Syed Modi Memorial at Lucknow. Naturally, everyone touted him to be the next big thing in Indian badminton. Eight years on, Srikanth Kidambi has certainly lived to the promise.

The 26-year-old has gone on to win 10 BWF titles, consistently feature in the BWF Top 10 rankings and has even topped the ranking in April 2018. From a tall, skinny prodigy to an inspiring and world dominative star- this is the story of Srikanth Kidambi. 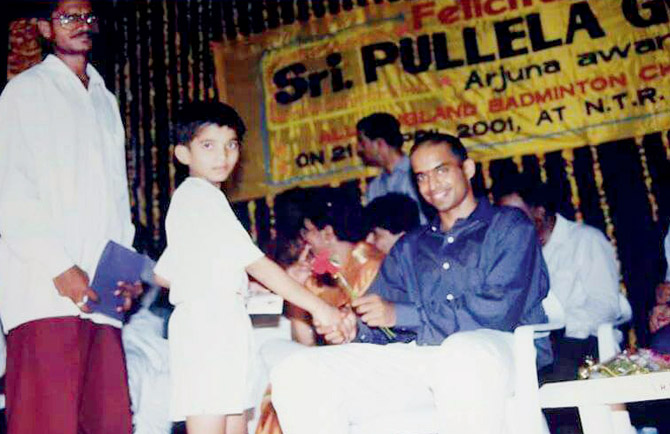 Srikanth Nammalwar Kidambi was born in Andhra Pradesh’s Guntur region on 7 February 1993 to a Telugu speaking agricultural family to KVS Krishna, and Radha Kidambi. Srikanth also has an elder brother, K. Nandagopal, who is also a badminton player.

As a child, Kidambi loved story-telling. In fact, he loved it so much that he dreamt of becoming a director. “As a child, I always dreamt of being a director. And that is why I used to make up stories and tell my friends,” he said in an interview to the Scroll, “I do that even today sometimes and who knows if I get a chance after I am done with badminton, I may try my hand with direction.” 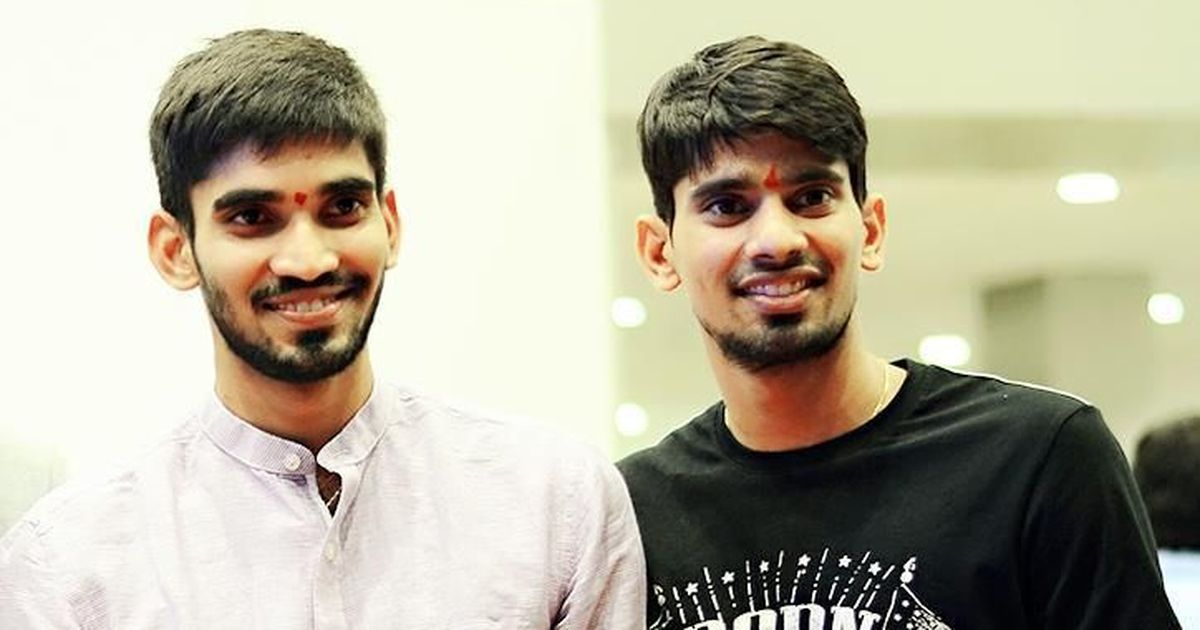 Both Srikanth and Nadagopal took to the sport around the year 2000 when a brand new municipal stadium was established near their home. At that time, while Nadagopal was focused on his game, his younger brother Srikanth was more of a slacker. He did not bother much about exercises or diet.

Within the year, his elder brother Nandagopal was spotted by the Sports Authority of Andhra Pradesh and left for Visakhapatanam. This was a turning point for both Nandagopal and Srikanth.

For the coming months, Srikanth worked hard and joined his brother in Visakhapatanam. Today Srikanth credits his brother as well. 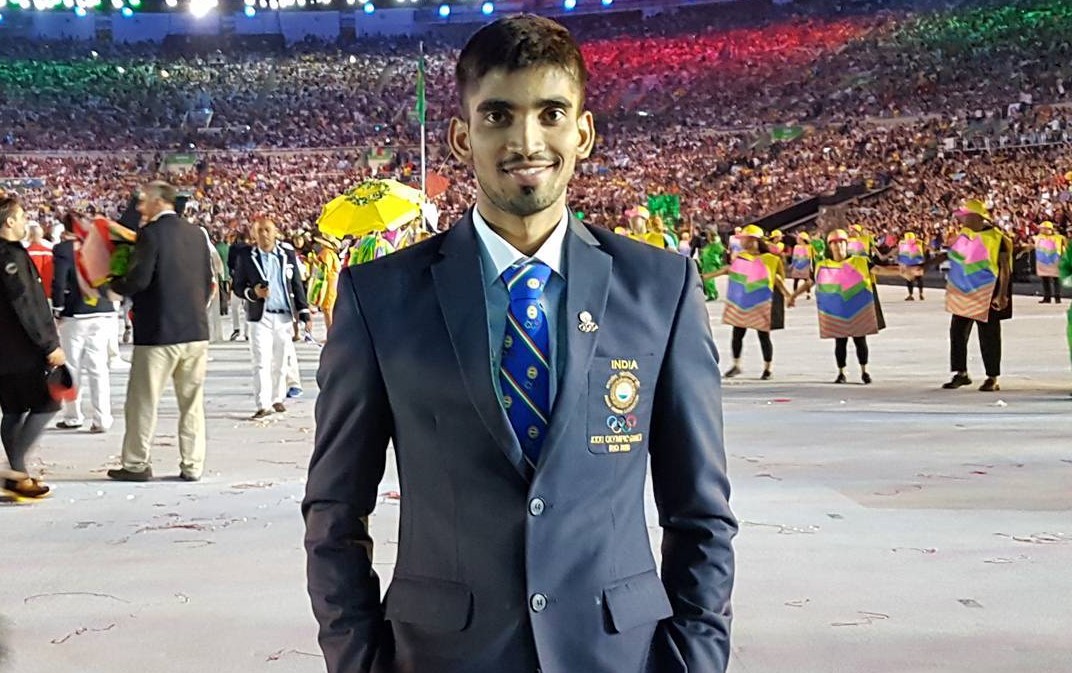 “He moved to Hyderabad for the academy a few years before me. My parents moved me to the academy only because my brother was already there. It’s the biggest factor for why I am where I am today. If he had not joined the academy, I don’t know where I would have been,” a thankful Kidambi remembers. Srikanth Kidambi did not take Badminton as a career seriously, at least at the start. His perspective changed when he joined the Gopichand Academy in Hyderabad.

“I wasn’t fully into it as a child. I learnt to take it seriously only when I shifted to the Gopichand Academy,” enlightens on how his magnificent career began.

He adds: “I saw everyone else was furiously into it. They thought and spoke of nothing else and gave it their everything. It rubs onto you. Also, I thought if I’ve come this far from home for the sport, why not play it well” Kidambi started his career as a player in all three categories- singles, doubles and mixed. 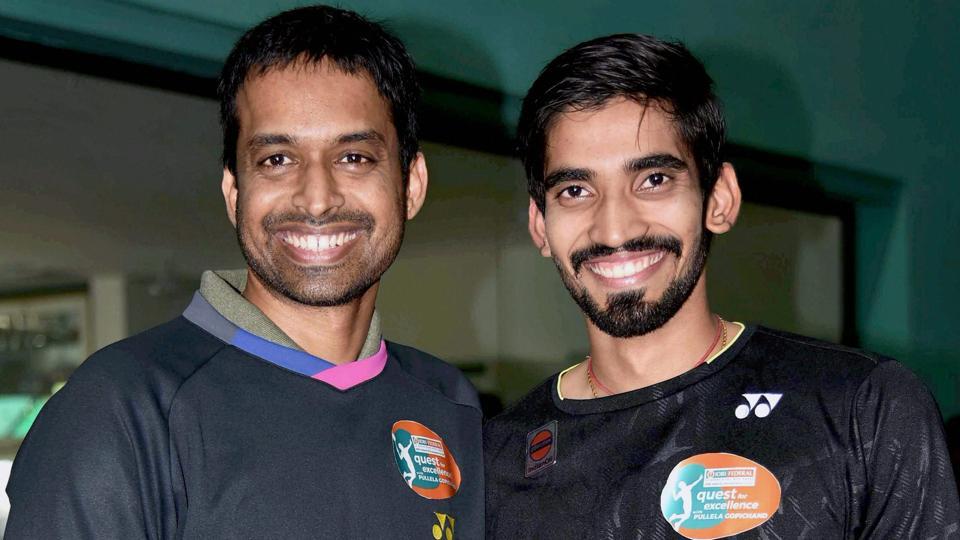 In 2011, Kidambi won silver in the mixed doubles and bronze in the Commonwealth Youth Games held at the Isle of Man. The same year he started dominating the youth national circuit. Kidambi emerged with the gold in both singles and double categories at Pune’s All India Junior International Badminton Championship.

Once Gopi saw his potential, he encouraged Kidambi to shift into a single’s player. However, it was not easy for Srikanth to shift into singles. He needed to shift from covering just the nets to cover the whole court.

While attacking Srikanth’s needs to aim more on the lines and flanks than just the centre of the court. With time and a coach like Gopichand, Kidambi soon started to adjust in and became good at it. It took some time, but once he started winning singles came the game came naturally to him. 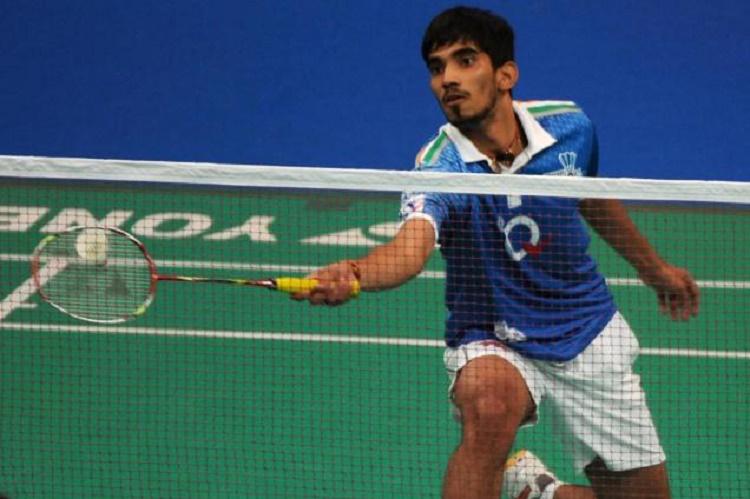 Kidambi’s hard work paid results as he defeated Malaysian Junior World Champion in the finals of the Maldives International Challenge in 2012. The following year, Kidambi started by winning the men’s singles title by beating then world number 8 and local star Boonshak Ponana in the Thailand Open Grand Prix Gold event.

He then went win his first National title by beating Olympian Parupalli Kashyap at the Delhi’s All India Senior National Championships. He rounded off a brilliant 2013 by leading the Awade Warriors the to finals of the Indian Badminton League. 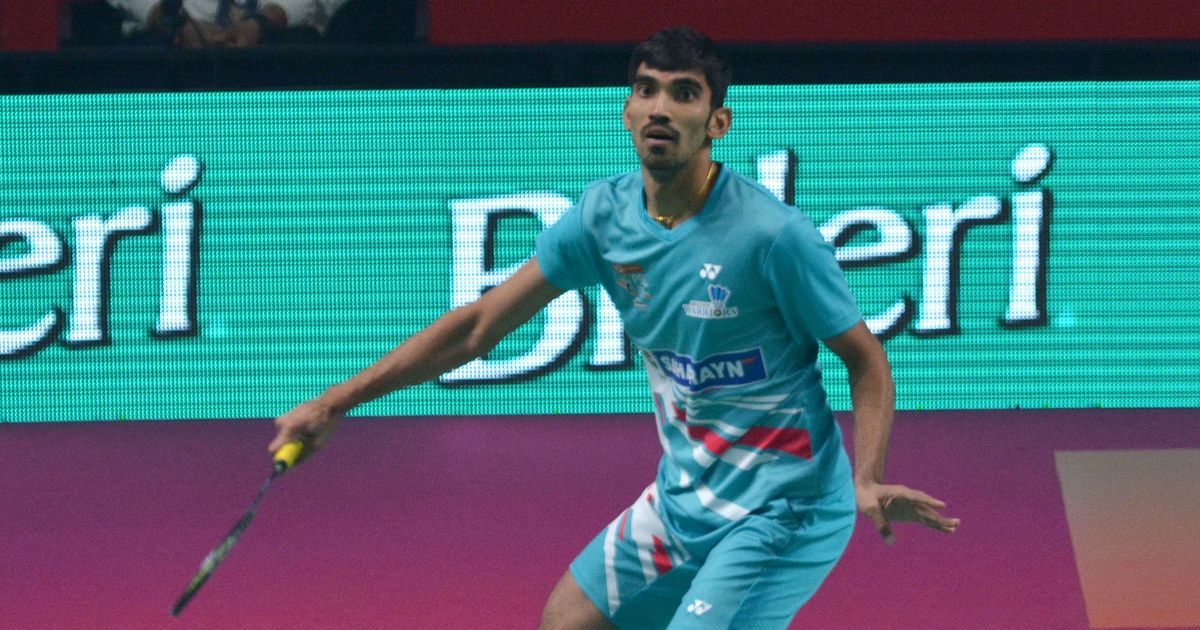 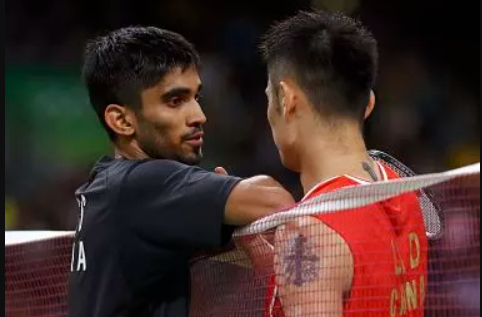 Speaking to the Indian Express in an interview, he said: “I’d played him twice before. The first time two years ago I had nothing to do on the court. It was a slaughter. The next time was at the Asian championship where I lost in the first round. I think 12, 10. I didn’t play at all, I was just not allowed to.”

“What happened was I hadn’t planned at all the first two times and they were early rounds. This time, I’d gotten used to the conditions. There was this one stroke — a forehand cross-net at the start of the second set. I played it for the first time in a tournament.”

“I had practised it earlier. However, I didn’t even want to play it at that point in the match, but it came off. It was that kind of a day when I was confident I could play all my strokes. It’s a big kick, when the few special strokes you have, you can play them at the right time in a match. That makes me happy.” 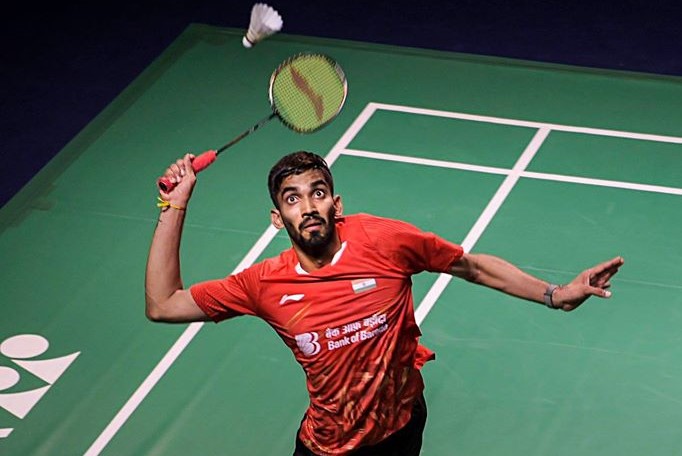 Playing at the start of his peak in 2014, Kidambi started the year at world number 47 and moved up to number 8 at the end of the year. In 2015, Kidambi defeated to Viktor Axelsen twice in finals. After the first victory, he became the first Indian male to win the Swiss Open Grand Prix title, before lifting the Indian Open Super Series.

Srikanth continued to show consistency in 2016 as well. After reaching the semi-finals of the Malaysia Masters, he went on to win the Syed Modi International Championships in January.

He followed it up with two golds (men singles and men team event) in the South Asian Games. Srikanth remained unbeaten throughout the Badminton Asia Team Championships, leading the Indian team to the semi-finals. 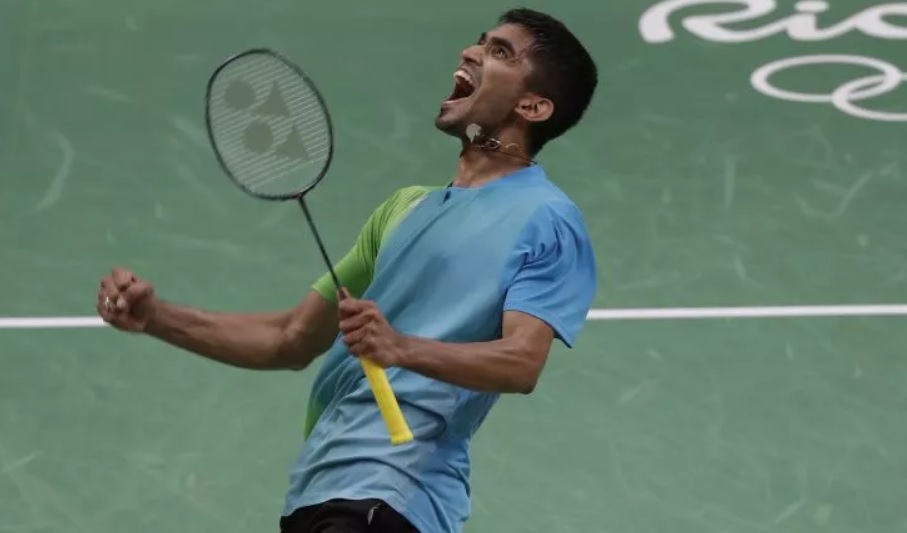 Srikanth Kidambi entered the Rio Olympics ranked at number 11 in the world. He defeated Lino Munoz and Henri Hurskainen to reach the round of 16. In the quarterfinals, Kidambi put up a show against World number 5 in two sets to move to the semi-finals. Kidambi was then outclassed by his idol Lin Dan 6-21, 21-11, 18-21.

Post Olympics, Kidambi and Sai Praneeth scripted their names in history books as they became the 1st Indian pair to enter the finals of a ranking event. The Hyderabadi boys faced each other in the finals, where Praneeth went on to claim the Singapore Super Series. In the World Championships in 2017, he was defeated by South Korean Son Wan-Ho. He hit back by winning the Denmark Super Series and the French Super Series; thus becoming the 4th player ever to win four super series in a calendar year. Kidambi entered 2018 at this career-high world number 2 ranking.

However, a humble Kidambi kept his head down in humble even after reaching the landmark.

When asked what changed after the ranking, he says: “Nothing has changed, I feel. People will definitely start expecting more from me now, but that’s about it. The improved recognition is not just because of me, it is because the sport is growing.”

“At the end of the day, we all have to perform at this level for the sport to be popular and I believe that’s happening now. If we consistently do well, things will only get better,” Scroll reports. 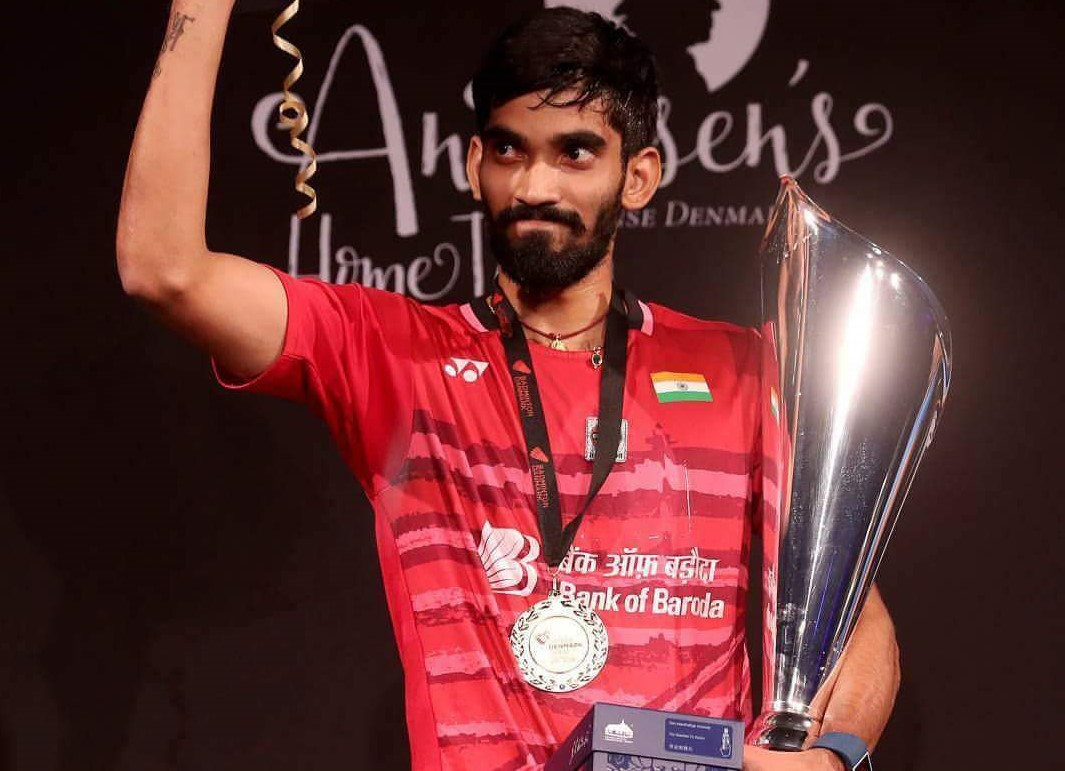 Running high on his world ranking, Kidambi received his first fall back when Iskandar Zulkarnain Zainuddin defeated him in the 2nd round in the Indian Open. It was followed by a defeat in the All England Open. 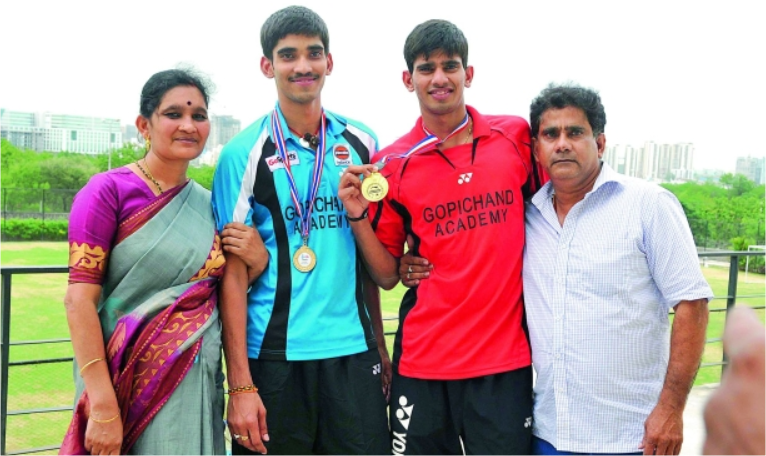 Srikanth Nammalwar Kidambi was born in Andhra Pradesh’s Guntur region on 7 February 1993 to a Telugu speaking agricultural family to KVS Krishna, and Radha Kidambi. Kidambi also has an elder brother, K. Nandagopal, who is also a badminton player.

His father Krishna had played Cricket at the district level in Guntur, and believed sports plays an important role in building character. However,  instead of a team sport like cricket, Krishna decided to give both his sons to Badminton. 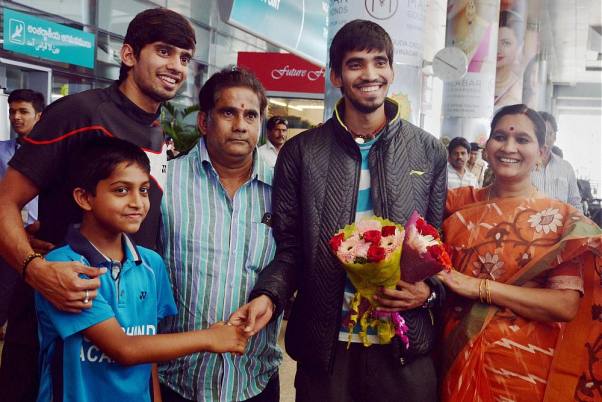 In an interview, Krishna recalls: “It was one of the toughest decisions, but now I say it was the finest decision I took 16 years back.”

“Courage, yes and also money,” adds Krishna. “I would not say it was a gamble. We thought if he is not suited for the sport, we can stop just before class 10 and then let him focus on academics.”

His mother Radha also supported both their sons as they ventured into Badminton. She shared Coach Pullela Gopichand’s motto of single-minded focus. “Only thing I told my sons was if you choose the sport, do it seriously. If you choose books, do it seriously. Do not put your legs in two boats otherwise you will sink,” she advises.

Srikanth Kidambi topped the world rankings in 2018 and has been consistently featuring in the top 10 rankings. Result: He is among the richest Badminton players in the world with a net worth of over ₹38 crores. Kidambi’s main source of revenue is the cash prices from various tournaments he has won. 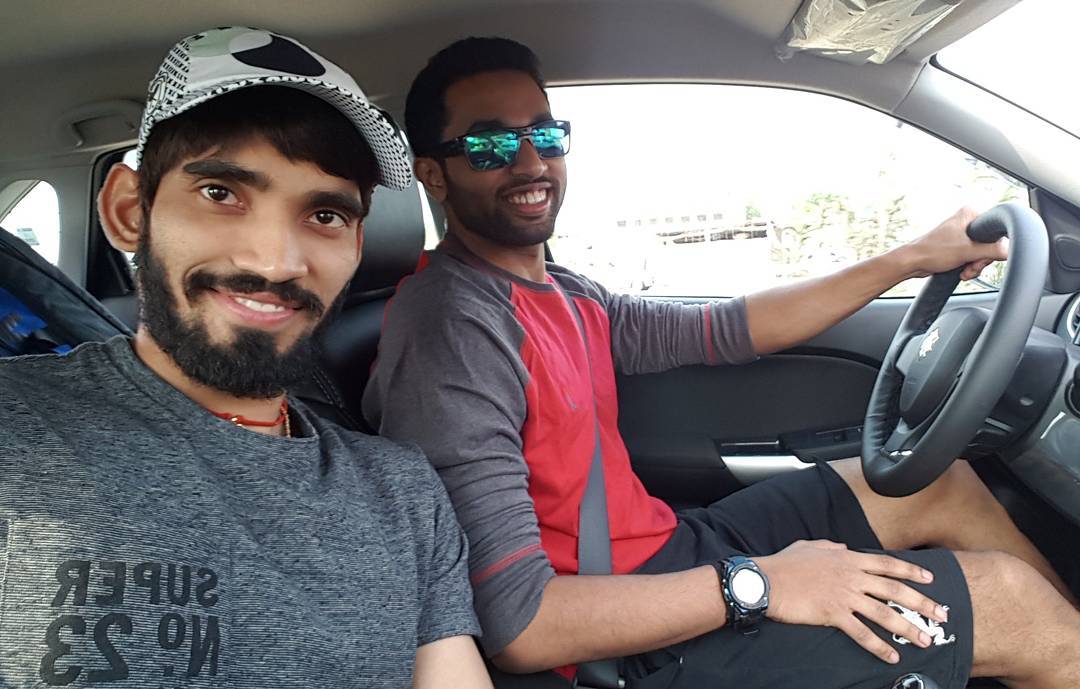 According to BWF’s official website, Kidambi has total earnings of over $484,426 (₹3.44 crore) over his career and of which approximately $484,332 are from Single titles. He also featured on the 83rd spot in the Forbes Magazine list, where his earnings for the year 2017 were reported to be ₹ 6.13 cr.

In 2013, the Indian Badminton League was founded. He was purchased for ₹31 lakhs by the Awade Warriors; helping them win the title. 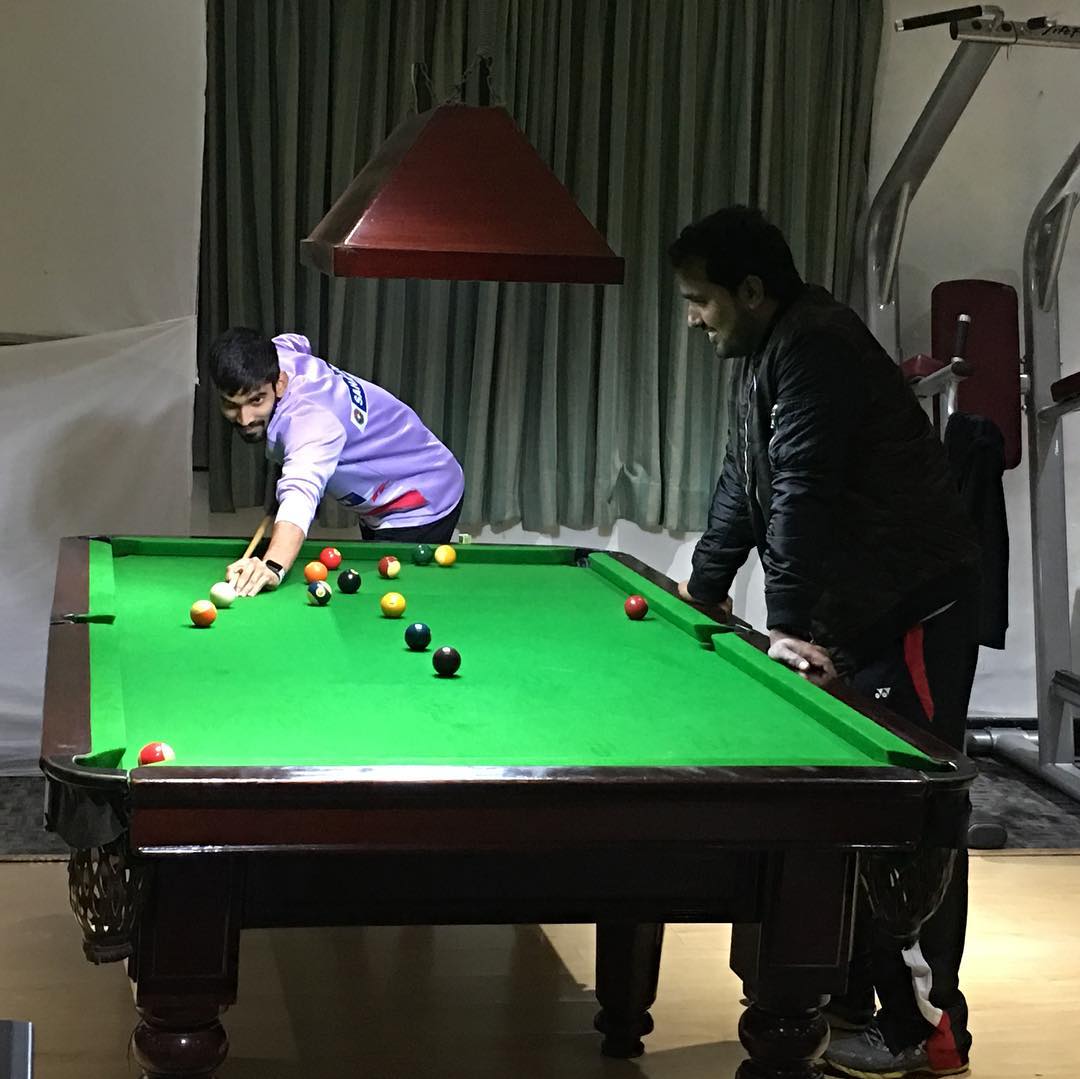 In 2016, Kidambi became the highest-paid Indian male player after Premier Badminton League team Awade Warriors purchased him for ₹51 lakhs. The next season (2017-18) he was retained for the same price by the Awade Warriors. In 2018-19 season, Bengaluru Raptors bought Kidambi for ₹80 lakhs.

A major source of Srikanth’s income is from the various deals he has signed over the years. Recently, Srikanth signed a bumper ₹ 35 Crore 4-year-deal with Chinese Giant Li-Ning. Previously Kidambi was the brand image of Li-Nang (2014 and 2015) and their rivals Yonex (2016, 2017, 2018).