When we speak about the PKL and Narwal, the first word that name that comes to your mind is that of Pardeep Narwal or Deepak Narwal. But do you know about the ‘other’ Narwal who is created waved in the country’s Kabaddi circles? His journey began in Sonepat in Haryana and today he is an integral cog of the Indian Kabaddi team. Winning accolades through his performances in PKL and showcasing immense strength, as well as technique, Sandeep Narwal is steadily capturing the imagination of the entire nation.

Kabaddi was always his dream, and today, he is living that dream on the basis of his intense hard work and steely resilience. Getting a glimpse of his world and discovering his interesting life story through this write-up.

Kabaddi was the most natural choice for Sandeep. He grew up watching his father, OP Narwal, make the country proud. His father is a former kabaddi player himself. In fact, he represented the country at the Asian Games.

Sandeep started playing kabaddi when he was just eight years old. His exploits at the junior level earned him lot of recognition. He won numerous trophies and titles, and represented his school in numerous tournaments. 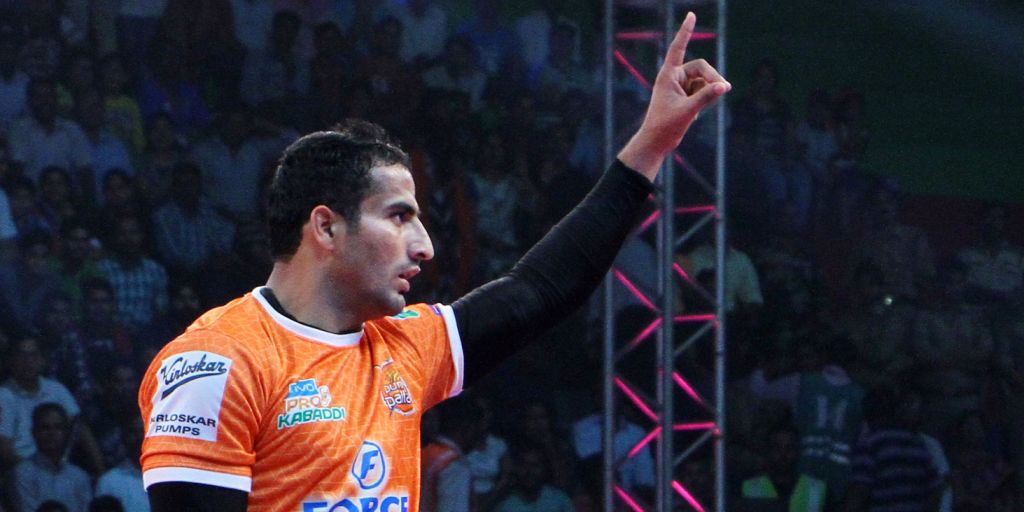 Sandeep was very fortunate to have found the right inspiration, as well as guidance in his life. While his father motivated him to take up kabaddi, it was Jagdish Narwal, who polished his skills. His guidance in Sandeep’s initial days played a huge part in his development as a bankable kabaddi player.

Sandeep’s continued stellar performances led to his inclusion in the Haryana state team. The Sports Authority of India was impressed by his raw talent and decided to send him to Gandhinagar for further training. It was here that he met coach Jayveer Sharma. With his help and expertise, Sandeep was able to lift up his game to an all-new level and transform himself to an all-rounder.

Sandeep finally got the opportunity to represent India in 2011 at the Junior Asiads. Soon, he became a part of the senior team and was part of the winning squad at the 2016 South Asian Games. 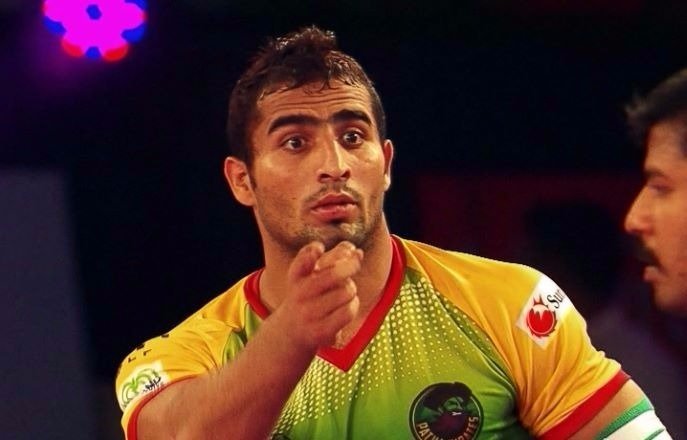 Sandeep played the first three seasons of Pro Kabaddi League with Patna Pirates. He captained the team in season 2 and the team reached semi-finals. Third season was also very successful for Sandeep as he won the Best Defender of the Tournament with 53 tackles.

In the fourth season of the league, Sandeep was signed by the Telugu Titans. Later, he played for the Puneri Paltan for the next two seasons.

In 2019, Sandeep was signed on by U Mumba for a staggering amount of INR 89 lakh. He is one of the few all-rounders to cross 200 points in both, tackles and raids.

Sandeep is a corner defender and over time he has trained himself as a valuable all-rounder of the team. He has found the perfect amalgamation of speed and strength. This factor truly makes him a force to reckon with. His signature move is the ‘block’. He places himself directly in front of the escaping raider and blocks him. Now this may sound easy but it is super difficult consider the immense strength required to block a raider who is already so swift.

Sandeep made his Pro Kabaddi debut in season 1 itself. Currently, he is getting paid a handsome salary of around 45.5 lakh per season. However, in the latest season of the league he was signed for a staggering amount of 89 lakh by U Mumba.